In accordance with State Law, beginning after Sunday, September 12, 2021, the Town of University Park will issue $40.00 civil citations to vehicles that exceed the posted speed limit by 12 miles per hour or more.

Why the Program Began

Speeding is dangerous and often deadly. In 2018, according to the National Highway Traffic Safety Administration, there were more than 9,300 fatalities in crashes where aggressive driving or speeding was a contributing factor.

University Park will be using state-of-the-art digital unmanned cameras and proven violation detection technology to help decrease potential violations at school zone locations in and on the perimeter of the Town, in addition to using officer operated speed detection equipment. Speed safety cameras have shown to be effective in reducing crashes as well as pedestrian-related injuries. Most importantly, communities that use speed safety cameras consistently report safer roads around their schools. The program helps ensure that drivers pay more attention and obey traffic control devices.

Where the Cameras are Located

The Town of University Park utilizes transportable and handheld speed safety cameras. The technology for the cameras is shown in the illustrations below.

Violations are mailed to the registered owner of the vehicle after review and approval of the data and recorded images by a member of the Police Department. The speed safety camera installations represent state-of-the-art technology that is precise and unbiased in its ability to identify vehicles speeding. 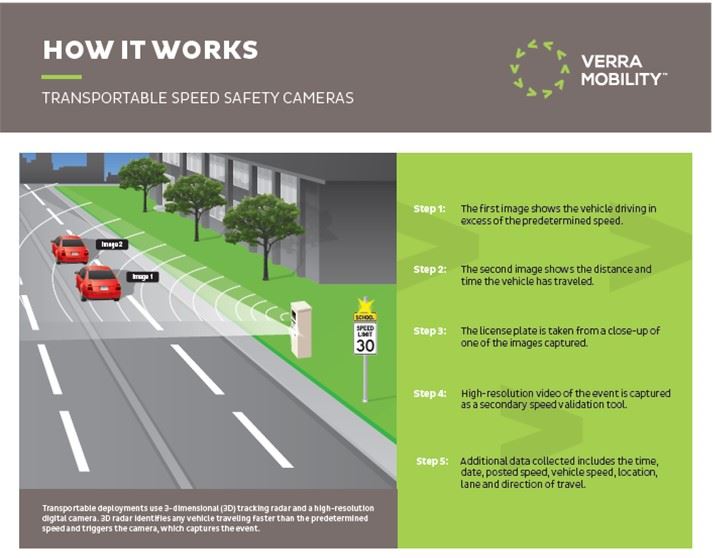 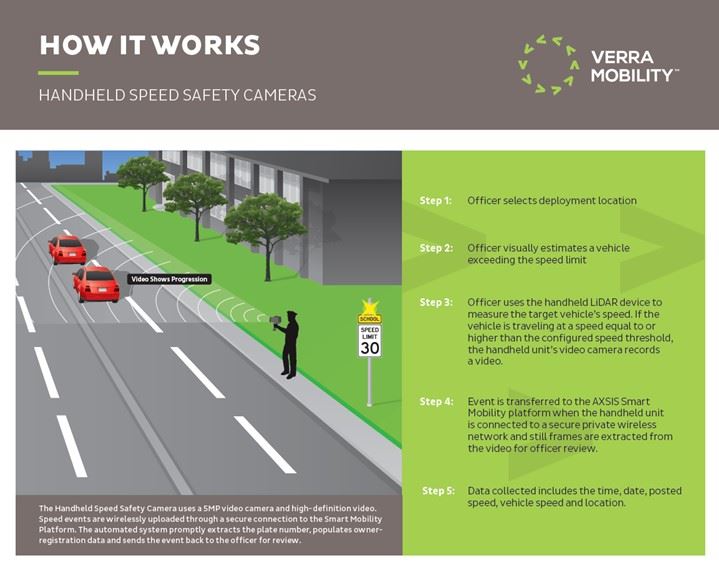